Association of Ethno-Cultural Centres and Heritage Preservation Organisations ECHO (Republic of Karelia, Russian Federation) along with 6 NGO partners from Russia, Estonia and Finland are proud to announce the funding of the project “Civil Society Network for Revitalising Indigenous Languages” by the Baltic Sea Region NGO Programme of the Nordic Council of Ministers.

The project aims to contribute to the preservation and revitalization of indigenous Finno-Ugric languages of the Baltic Sea region by establishing an international network of NGOs involved in this field, for sharing good practices and developing new ones, especially those exploring synergies between languages and traditional knowledge. The timing is aligned with the UN-proclaimed International Year of Indigenous Languages 2019, to which project partners will make a substantive contribution while also learning from best practices across the world.

The 18-month long project will include five working meetings of partners, local experts and activists. Meetings will be held in Karelia, Leningrad Oblast, Estonia and Finland, thus enabling network members to get acquainted with the work of civil society organisatsions on the preservation and revitalisation of indigenous languages. Key outputs of the project include a mini-grant programme to support Finno-Ugric language practitioners with implementing novel initiatives during the International Year of Indigenous Languages, as well as developing an interactive online publication showcasing the work of Finno-Ugric peoples on preserving and revitalizing their languages (including results of projects supported by minigrants).

According to Svetlana Kolchurina, Managing Director of Association ECHO, the project constitutes an important milestone for not only project partners, but the Finno-Ugric civic movement in general, “With this project we expect to demonstrate the practical value of Finno-Ugric collaboration to organisations and activists involved in language work throughout the Baltic Sea region. We are excited that the project coincides with the UNESCO-led International Year of Indigenous Languages 2019 — this will give the project more international exposure and an opportunity to better align our work with global processes concerning indigenous peoples and their linguistic an cultural rights.”

Kick-off meeting of the project will be held in Vedlozero village of the Republic of Karelia, hosted by the House of Karelian Language. 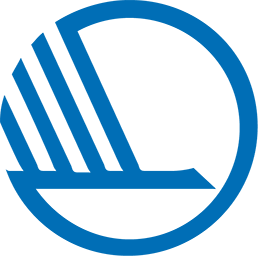