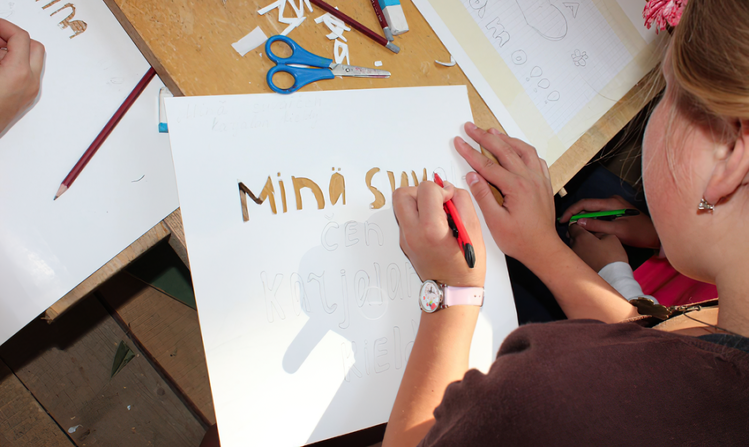 The publication will be based on case studies of good practices of community-based language activism that will be supported by visualization through photos and multimedia. We will also feature the people and teams behind these case studies given the importance of human factor in language activism. As such, the publication should be of interest to both specialists and general audience. Full online publication in Russian and English will be published by April 2019 at www.sana2019.ee, along with a shorter paper-based version. It will be presented and disseminated to international audiences through multiple channels, including through the UN system and, in particular, UNESCO as the lead agency of the International Year of Indigenous Languages 2019.

Case studies for submission to the publication will be selected from among electronic submissions to the SANA 2019 project team. Submissions can be made in Russian and English via online forms by February 15, 2019.

The project “SANA 2019: Civil Society Network for Preserving and Revitalizing Indigenous Languages” unites organisations for preserving and revitalizing indigenous languages in the Baltic Sea Region and supports the goals of the International Year of Indigenous Languages. The project will partly overlap with the UN-proclaimed International Year of Indigenous Languages 2019, to the implementation of which project partners will provide substantive contributions as well as learn from worldwide good practices. The project brings together the following 7 partner organisations: Association “ECHO” (Karelia) as the lead partner, Centre of Support and Public Diplomacy of Indigenous Peoples “Young Karelia”, the Karelian Language House (Republic of Karelia), the Community of the Small-Numbered Izhorian People (Shoikula), Centre for Development of Indigenous Peoples “URALIC” and Seto Cultural Fund (Estonia) and the Saami civil society organisation “Giellabalggis” (Finland). The project is funded by the Baltic Sea NGO programme of the Nordic Council of Ministers.